TharpaChodron wrote: ↑
Mon May 06, 2019 1:10 am
Full disclosure, I'm a registered Democrat whose voted dem party my entire life. I will vote for Bernie, if given the opportunity, he's my favorite candidate. However, I think the Dems will prop up Joe Biden, who I think doesn't stand a chance against Trump.

There is an op-ed in the WSJ which I wish I could post, but I only heard about on Friday, written by James Carville and another longstanding Democrat strategist, talking tough talk about what Dems need to do to win.

My opinion and theirs, feel free to chime in and disagree: With this week's latest news that unemployment is the lowest it's been in 50 years and some other indicators of good news for the economy, Trump will have a lot to crow about. Of course Dems will be saying he's only taking credit for the work put in by Obama, but that type of excuse wont go far. Dems have lost touch with the swing voters and the middle america and southern states where about 50% of the electorate come from. This was coming from the mouths of established Democrats themselves.

The calls for impeachment are major distractions for the Dems. It's a waste of time, even Bernie says so. Yet like an old dog and his bone, they are going to lose the election harping about collusion while Trump laughs his way to another win. Anderson Cooper said Biden is planning to run on a moral superiority stance over Trump and asked if that's a good idea given the people may not care if they perceive that the US is doing better economically with him as President. Another journalist warned the Dems might be seriously overplaying their hand on this Barr/Mueller report stuff. I'm not a Trump fan, but I am a contrarian by nature. As the dems continue to cry about the sky falling, Trump gains popularity and even looks like a victim (hard as it is to believe). Democrats are their own worst enemy, acting like outraged moralists doesn't play well.


Yep, agree 100%. The Democrats (I've voted Dem a lot too) have been on this downslide since the Clinton years. Now they are literally the other business party and they can't help but look like hypocrites when they open their mouths about Trump - even as bad as he is. Most of them simply don't have the moral ground, which is the whole reason they just focus on how foul Trump is, it distracts from their shitty pro-corporate party machine and policies, especially when they callously throw in some lip service for oppressed groups, without of course acknowledging that a part of oppression is in the economic structures they helped build over the last 30 years. They aren't gonna do a thing about the status quo in that department. Plenty of them are warmongers, privatization people, general profiteers off of misery and corporate malfeasance too.

It's a sad state of affairs, but i'm guessing it's another four years of Trump. It's kind of mind-boggling how far away from the "party of the people" the Dems are now, I hope the agitation from within the party changes that. I don't think the "At least we aren't racists/Russia collaborators" party line is gonna do well, you'd think they learned their lessons last time, money and power sure doesn't confer common sense, does it?

I hold out hope that some younger people in particular will help build something that can change the political culture some.

Most incumbent presidents win re-election, so I'm surprised by how many Democrats are throwing their name in now, when they're almost destined to lose. Maybe they think it will be a warm up to the next race? It is a crazy sad state of affairs. Although, the rift in the Democratic party about message and mission is something Republicans have been grappling with a long time, too. So, each side has its challenges they grapple with. I'll find it interesting to see how things play out. My Buddhist bias still believes in "basic goodness" and HHDL ideals of everyone similarly wanting the same thing, to be happy, so I still hope for us all reaching a middle ground. Rhetoric can make a big impact in that regard.
Top

"Anyone seen cocaine?"
The 80s LOL 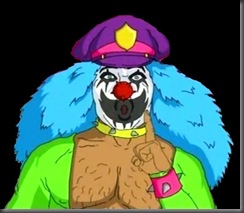 Those who, even with distracted minds,
Entered a stupa compound
And chanted but once, “Namo Buddhaya!”
Have certainly attained the path of the buddhas.
-Lotus Sutra, Expedient Means Chapter

There are beings with little dust in their eyes who are falling away because they do not hear the Dhamma. There will be those who will understand the Dhamma.
-Ayacana Sutta
Top
Post Reply
83 posts

Users browsing this forum: No registered users and 55 guests