What is the difference between Namcho/Yongey Mingyur Dorje? Where they both considered one of the 21 great Tertons?
They seem to have lived during the same time period, and both have common connections.

Can anyone shed some light this?

I'm not familiar with a list of 21 great tertons...

There are various ways of compiling groups of tertons--the 8 Lingpas, the five Terton Kings, etc.

"Absolute Truth is not an object of analytical discourse or great discriminating wisdom,
It is realized through the blessing grace of the Guru and fortunate Karmic potential.
Like this, mistaken ideas of discriminating wisdom are clarified."
- (Kyabje Bokar Rinpoche, from his summary of "The Ocean of Definitive Meaning")
Top

They both lived at the same time (though Namcho Mingyur Dorje only lived 22 years or so) and were both students of Karma Chagme, I think.

Their biographies have been translated here and here.
Top

Having read the Outer Liberation Story of Terton Migyur Dorje and A Garland of Immortal Wish-Fulfilling Trees, both of which give precious information about Namchö MD, I can say that there weren't any references to Yongey MD in either that I was able to spot.

If the latter dates for YMD are to be believed, then both of them were born within the stretch of 4 years, making them the same generation. However, Namchö was the nephew of Karma Chagmé, and therefore began learning from his lama uncle from quite a young age, and passed into parinirvana quite young as well, living to be only 22. It's quite possible that Yongey MD didn't start studying under Chagmé Rinpoche until Namchö MD has dissolved into the dharmadatu.

Both were students of a great master, and became great masters themselves, so there must be an explanation for why there is no record of contact between the two pupils. Timing and location are my guess... Then again, if Yongey MD was born in 1628, he could've already been a student of Raga Asya when the young Namchö came on the scene.

Does anyone know of any as-yet-untranslated texts which could shed some light on whether the two knew each other and collaborated?

Despite all this, I have heard it said that the incarnations were linked in that Yongey was the continuation of Namchö. Je Tukyi Dorje's Chariot of the Fortunate, the namthar for Yongey MD, clarifies this connection:


Lord Tsewang Norbu, the great vidyadhara of Katok Monastery who has no equal on this earth, wrote:

I have heard that Drakpo Nuden Tsal also declared this himself. Namchö Mingyur Dorje began to receive the Namchö in his twelfth or thirteenth year, and thought treasure in his sixteenth or seventeenth. He was due to discover earth treasure in his twenty-third or twenty-fourth year, and was about to open the door to the earth treasures of Dzatö Chijam and other places when he passed away. He therefore demonstrated parinirvana before revealing any earth treasure. It was at that time that Yongey Mingyur Dorje began to open the doors to earth treasure, and it was he who discovered the treasure at Chijam.

Therefore it seems that Namchö transferred his consciousness (perhaps by way of Phowa?

) into Yongey, and thereby allowed him to reveal the earth terma at Chijam which Namchö had been unable to do in his miraculous yet short life.

The closest there is to a mention of Karma Chagmé in CotF is an anecdote about how "When Lama Tarchin of Nemdo Monastery was at the peak of his merit and benefiting of beings his eyes became extremely irritated. [...] He sent two monks to request the treasure revealer's divination." Nemdo (gnas mdo), or the more phonetically accurate Neydo, is the subsect of the Karma Kagyu that Chagmé Rinpoche founded. 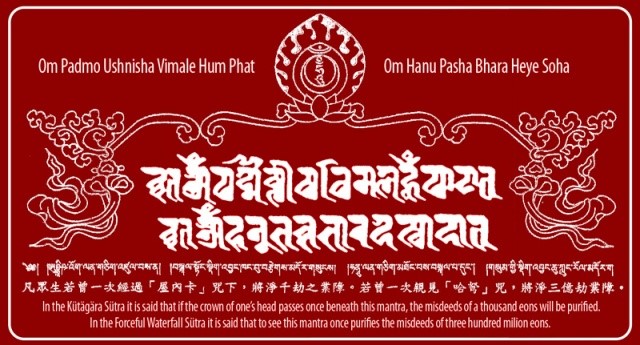 Thanks all for the feedback.

Both tertons also share similar names. One of the epithets that Namcho Mingyur Dorje (NMD) was known by was Drakpo Nuden Tsal, where as YMD was named Rigdzin Mingyur Dorje Drakpo Nuden Tsal.
From what I can tell, NMD was recognized as one of the 25 principle heart disciplines of Guru Rinpoche, while, YMR was recognized as one of the 21 tertons prophesies by Guru Rinpoche to hold the name Nuden.

Karma Jinpa, you note, from an authentic source that the head of Kathok Monastery recognized a mind transmission from NMD to YMD. Which is interesting. I read in another source on-line that NMD’s death was hotly contested, with varying predictions between Karma Chagme and Katok monastery. Eventually his formal incarnation was recognized as the first Moktsa Tulku, which was a dual recognition of NMD and a famous Katok lama.

I think part of my problem is that I keep trying to categorize these Tertons into neat, succinct categories, which like most things in Varjayana is impossible. It seems like these terton’s lives are like an interwoven tapestry.

I don’t know if I am gaining more clarity or confusion!! Ha!
Top

It is not unusual for multiple incarnations of the same predecessor to arise.
Oftentimes these are friendly and collegial, but other times there are monasteries,
families and complicated politics involved.
A really good example of this is the Khyentse lineage.
Top

ngodrup wrote:It is not unusual for multiple incarnations of the same predecessor to arise.
Oftentimes these are friendly and collegial, but other times there are monasteries,
families and complicated politics involved.
A really good example of this is the Khyentse lineage.

Thanks much. I am not aware of the Khyenste lineage, other thank Khyentse Wangpo. I will look into it.