Does anyone know Chogyal Rinpoche (http://chogyalrinpoche.org/) ? And is, or isn't, he endorsed by other lamas and lineage holders in the Karma Kagyu lineage?

Thank you,
Kelwin
'I will not take your feelings seriously, and neither will you' -Lama Lena
Top 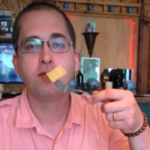 I've never heard of him. The first website seemed odd, no bio. I googled it, got another bio that detailed some serious training. Not clear who his teachers were.

The bio on his website says he studied in Rumtek. But since there are none of his teachers mentioned, there's no way to verify his tulku and/or rinpoche status. Could of course mean he's "extra humble" or something, but then, why would such a person advertise to be a reincarnated rinpoche in the first place? Seems odd. Stomach feeling is to stay away unless some credible sources say he's trustworthy.
Top

He is all over social media with tours and teachings and yes i too have wondered if he is legit. What is his background. Good that we are asking these questions i think.
Top

I met him in 2007, when he was in Europe as a part of entourage of Karmapa Thaye Dorje. He gave a short lecture in Prague and met with some social workers to seek advice on how to proceed with his orphanage project. He seemed like good person, but my experience was with him was limited. He does a lot of charitable work in Nepal, also to some extent in Sikkim and Tibet.
As for his Dharma training, apart from studying in Shri Diwakar and Dzongsar institutes, I heard he did a 3 year wandering retreat in Tibet under the guidance of Tsultrim Tarchin Repa some time after 2007.

I have also seen that he has some kind of training/study program aiming to bring tradition of repas to the West, but I don´t know much more about that, he has some students in Germany.
Top

Yeah his bio seems to indicate Rumtek and Repa Tsultrim. Those are great on any tulku bio of course. However, I can't seem to find who is rootlama is, who authorized him to teach, etc.

He has a repa program for the West, which is quite interesting. I like his ideas about teaching the essence of that tradition to Western householders. Yet.. somehow I feel a bit uncertain about him. Probably just my limited mind creating trouble, but a good reference might help.

Cheers,
Kelwin
'I will not take your feelings seriously, and neither will you' -Lama Lena
Top

A friend of mine attended his teachings ( she`s a seasoned dharma practitioner) and said he is quite amazing and that he communicate the teachings in a very modern way, still the content is very traditional. https://www.repa-program.org/
Top

SuryaMitra wrote:A friend of mine attended his teachings ( she`s a seasoned dharma practitioner) and said he is quite amazing and that he communicate the teachings in a very modern way, still the content is very traditional. https://www.repa-program.org/

I know nothing about him, but I must say I like his thinking!
All the best
Alex Wilding
Stupa in the Snow blog at http://chagchen.org/
Top

Repa Tsutrim Tharchin aka Chatral Repa Tsultrim Tharchin (bya bral ras pa tshul khrims mthar phyin). He is a student the great Barom Kagyü Mahasiddha Karma Norbu (sgrub chen kar ma nor bu) and of Salga Tulku (gsal sga sprul sku) aka Salje Rinpoche (gsal gyes rin po che) from Kyodrag Monastery (skyo brag dgon), Kham, Eastern Tibet.
Tsultrim Tarchin was born in 1947. Since his childhood he would never harm even an insect and he was inclined to Dharma practice. Since in his youth it was impossible to enter monastic life due to restrictions set by Chinese communists, he married and led a life of lay person. He was employed as an accountant for the local farming community. When the restriction on Dharma began to ease, in 1980, he was introduced to the yogic practitioner or naldjorpa (rnal 'byor pa) called Repa Karma Norbu (rnal 'byor pa ras pa karma nor bu). The well-known Master Mahasiddha Karma Norbu (sgrub chen kar ma nor bu), who was trained according to Karma Kagyü or Kamtsang Kagyü Tradition as well as in the specific tradtions ofBarom and Shangpa Kagyü lineages. He was also a student of 15th Karmapa.
Repa Tsultrim Tharchin met Drubchen Repa Karma Norbu in an old barn, which was the later´s hideout. The moment he saw his master, he understood that he met a buddha. For some years Tsultrim Tharchin continued his life as a lay person, but at the same time he continued to secretly meet Repa Karma Norbu during the darkness oft he night receiving teachings from him. Both, master and student kept utmost secrecy because of the danger of being discovered by Chinese police who would threaten their lives.
During the 1980´s Tsultrim Tharchin took on the role of financial assistant to Khyodrag and Nyendo monasteries and in 1988 after his master passed away, he decided to become monk and continued his studies with Salga Rinpoche of Khyodrag. In this time he underwent a three year retreat in Dagla Gampo, which ended in 1993, from that time onwards Repa Tsultrim Tharchin lived as a wandering yogi, until he came to Chamra in the vincinity of Kyodrag, where he made a six year retreat sitting on a bare rock under the skies. He was later asked to start a retreat center in Chamra, which he did. His son has completed a 12 year retreat there and now acts as a guide for the new generation of repas in Chamra.
Tsultrim Repa entered a life retreat in 2009.
Top

All the best
Alex Wilding
Stupa in the Snow blog at http://chagchen.org/
Top
Post Reply
10 posts • Page 1 of 1

Users browsing this forum: No registered users and 24 guests